Also this year XENON presented itself at the Automatica, the leading trade fair for intelligent automation and robotics, in Munich. More than 46,000 visitors, around seven percent more than in the previous year, flocked through the exhibition halls over the four days. The trade fair was all about digitalization and more flexibility in production with the aim of open new areas of application. Besides the team around sales manager Kay Truxa, the two managing directors Dr. Hartmut Freitag and Tobias Reissmann were also present at the fair.

The exhibition machine was a demonstration object on augmented reality, which was developed together with our partner Itizzimo within the scope of a sponsored project. XENON works innovatively in this area and would like to use the developed technologies to optimize service and commissioning processes, among other things. For example, the diverse plant information can be made available context-specifically via augmented reality technologies. For the common application a video was produced about XENON and Itizzimo at Automatica, which introduces the app and shows the responsible people behind the machine.

The next Automatica trade fair will take place in Munich from 16-19 June 2020. 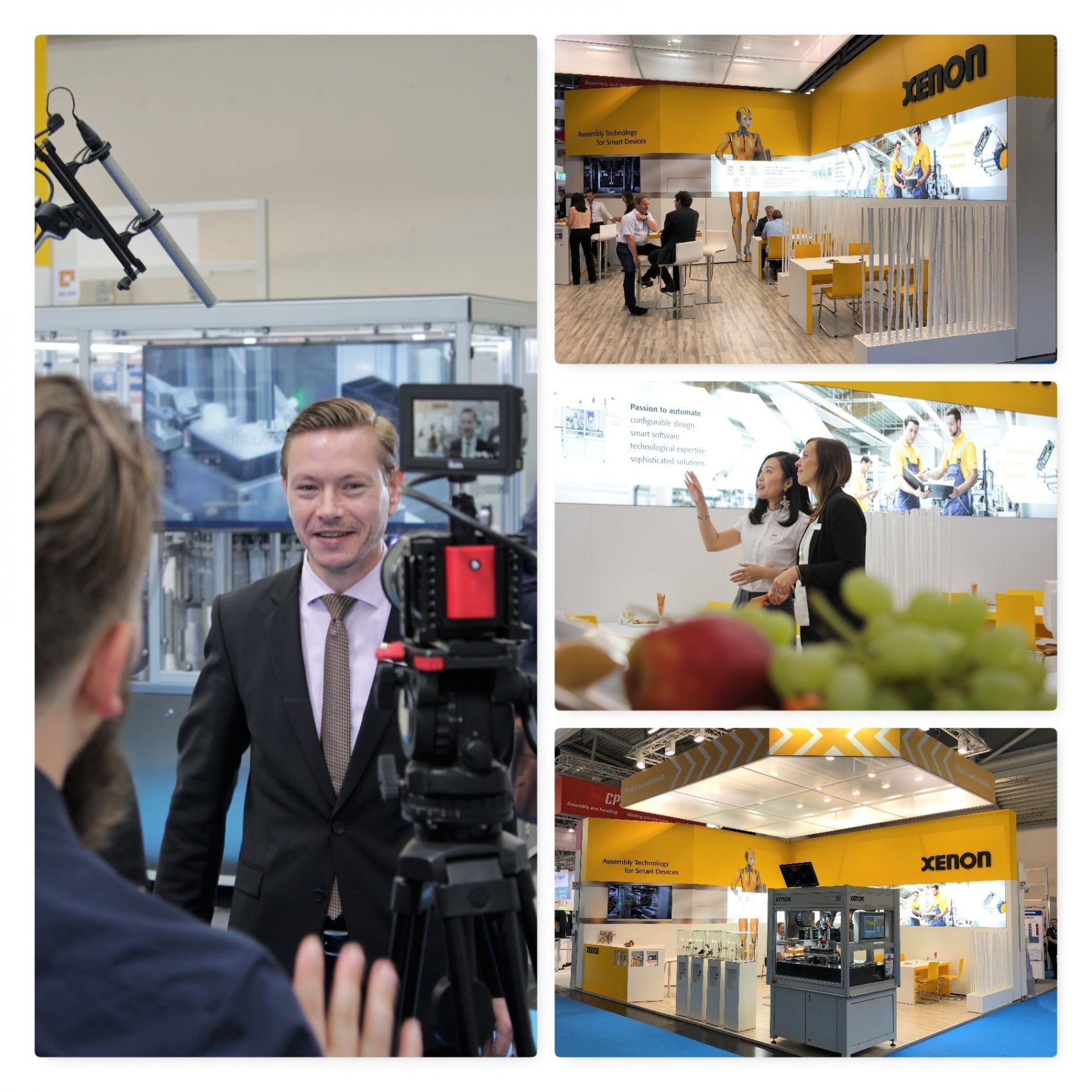